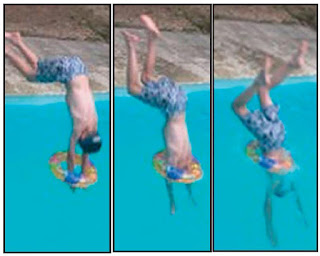 Finally, the most sensuous and rewarding moment was snuggling under the duvet back in Hereford yesterday. I was not born to endure 30 deg C-plus and the Languedoc boiled. The pool became a necessity; I lurked there until my bones crystallised with cold, slept briefly then awoke as a latterday Old Testament martyr.

Never mind, I holiday in France for the conversation not the weather. VR had dental ennuis (problems); as she lay prone the dentist and I discussed whether a Belgian buying up property in the neighbourhood might be a criminal. VR later complained I hadn’t translated what was said, my nominal role when the drill whines.

My French is fading and I need practice before I sound plausible or, more important, authoritarian. “Good day madam,” I said to the manageress of the Latino Beach restaurant at Serignan Plage, “my name is Robinson and I have booked your best table for eight.” Causing her to truckle.

At customer services in the Carrefour supermarket, Cazouls-les-Béziers, I asked why that most French of French aperitifs, Dubonnet, no longer seems available. Normally the French hate discussing national defects with foreigners but I teased the operative into laughter and together we sang the jingle from the TV commercial: “Dubo-dubo-Dubonnet.” A minor success.

Now aged 12, Zach as usual stretched the envelope. Claimed he could dive through a smallish inflatable ring and was sequentially photographed doing so by his Dad. (See above). He and my granddaughter’s partner, Daniel, played soccer with village kids and this became a regular fixture despite lack of a common language. This I regard a major success.

Tasting wine at the St Chinian cave des vignerons I was asked for my name. “Monsieur Contra-Brexit”, I replied and lectured everyone fervently about the EU’s benefits.


Mind your speech a littleLest you should mar your fortunes

Got into an argument with Avus. VR says the tendency is hard-wired and I should be ashamed of myself. Somehow an idea spilled out.

My voice trapped on tape an aeon ago
Emerged down my nose, that vulgar outlet.
Lacking in comfort sound whined high and slow,
Pitched for complaint and brassy bar-chat.

A brake on all hope of sociable gain,
A fig for my thoughts so poorly expressed,
Loving yet loveless, for whining’s disdain,
The warmth of my breast remained unconfessed.

Late comes an option and blazingly right,
My whine takes on notes which others have set,
The words are improved, the rhythm delight,
Impulses gallop without let or fret.

My songs are unheard but, hey, do I care?
Those names! Holy names! That shine in fame’s glare
at July 12, 2018 4 comments: Links to this post

Email ThisBlogThis!Share to TwitterShare to FacebookShare to Pinterest
Labels: Language 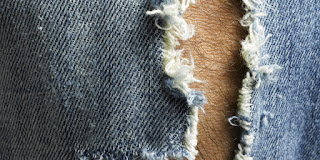 Is life merely preparation for writing novels? The jury's out.
I was shabby as a young reporter, thinking it went with the territory. My trousers tore in the crotch and I was forced to buy a replacement immediately. In measuring my inside leg, the sales assistant accidentally allowed his hand to slide up through the torn fabric, embarrassing us both. I'm not sure I was able to report this to my mother.

Ripened with age and towing a cart labelled "Useful fictional material bought and sold" I now see different potential in this glancing contact - a Damascene moment when the male character finally accepts his gayness. I have written about gays, sympathetically I hope but probably not convincingly, and the torn trousers still hang in my memory banks. Perhaps the symbolism is a bit too pat.

Reality is often just too real for fiction. I am not sure the argument I overheard between one senior company manager of old German stock ("You damned kike!") and another who was a Jew ("Lousy Nazi.") could ever be used in a novel. Rather too raw, I suspect.

Years ago I thought I supported feminism but an incisive, aristocratic young woman proved me wrong. She toyed with me publicly, bathing me in humiliation. Sweat gathers on the back of my neck as I recall this, but the effect was beneficial. My feminism is more plausible these days and I have learned to keep my mouth shut more often. However in trying to integrate this into a story I'm sure my self-consciousness would show through.

I was once given a great opportunity with a famous publication and I mucked it up. No one criticised, there was only silence. Could I make that work? Hmmm.

The best raw material grows arms, legs and a face over time. Evolves in fact.
at July 08, 2018 6 comments: Links to this post

Email ThisBlogThis!Share to TwitterShare to FacebookShare to Pinterest
Labels: Writing

Only yesterday. He'd issued a communiqué about overwhelming success in Stalingrad and had gone out for a little air. The man had appeared from nowhere, dark skinned, Mediterranean, gesturing towards a box, the front a frame of grey tinted glass, a mysterious impermeable window.

"Ask the box a question."

Why had he not called for guards? He was after all Reichsminister for Propaganda.

The man added, "An answer only you would know. Speak clearly."

Was this a command? Goebbels spoke clearly as ordered: "The subject of my thesis at Heidelberg." He had had his records at university destroyed; then, his Aryan purity had been less pronounced.

His question was spelt out in luminescent scripted German seemingly within the glass. The answer, similarly displayed, said, "Wilhelm von Schütz, dramatist."

The man smiled faintly. "The machine is not limited. Ask about a present concern."

One in particular, huge and worrying. "Eventual German casualties at Stalingrad?"

No pause in the unfolding script. "Total Axis dead, wounded, missing and captured: 800,000."

Unnecessary to ask if this added up to a defeat. More urgent questions arose: "Does this machine exist?

The man coughed discreetly. “I will leave you, Herr Reichsminister.  Keep the machine. The battery has some life left.”

Goebbels sensed the machine’s power - how best to use it for the Reich? Priorities! Yet to use such power safely he himself needed to be... invulnerable. He said, “Machine! Anne-Sophie Wasserman, Reydt, near Mönchen-Gladbach...”

Already a response. “Where you were born, Herr Reichsminister. Two things: she still lives, her ethnic background is what you fear.”

Now he addressed the guard, told him to find a sledge-hammer.

The pillow felt soft. Just a nighttime fantasy but the correct decision nevertheless.

Email ThisBlogThis!Share to TwitterShare to FacebookShare to Pinterest
Labels: Gotterdammerung

Good logistics delivers the right item, in the right quantity, to the right place at the right time. It was once my professional concern, the subject of a magazine I edited. Amazingly I became an expert and experts as far away as Japan, though more often in Germany and Sweden, paid my air fare so I could chat with them.

Those with more uplifting professions - especially teachers - will no doubt think I led a blah life. Business, my dear! So corrupting, so crass! And we all know what Boris Johnson thinks - it begins with f.

But logistics can be fascinating.  It's nationally important, good logistics  measures a country's efficiency. Good or bad logistics will be at the heart of what Britain becomes post-Brexit. Logistics is anti-waste; mainly of time and time, as we all know, is money. Its principles are simple even though they may be fiendishly hard to apply. In retirement I became the official washer-up chez Robinson and am now the best washer-up I know. My system is based on what I learnt as an editor. Using a dish-washer? Not on your nellie!

Securing my crash helmet proved fiddly. I examined the straps and noticed a flaw in the way they were routed. I can solve that, I thought. I wonder if that puts me ahead of the Swedes? Actually, the Swedes are the world’s best in logistics and I doubt it. My love for them pre-dates Scandi-noir.
at July 02, 2018 11 comments: Links to this post

Arras is a town in northern France that was destroyed in WW1 and rebuilt. The town council took the back page of The Guardian on Februa... 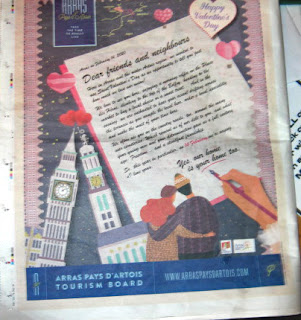