Harder than I thought

Tone Deaf was born out of a special form of hubris: the belief that I could render the nature, appeal and effects of music in words. That I could wipe the asses of others who had tried and failed in this task. That I could, in effect, become music’s instrument rather than its clerk. High hopes.

I was reminded of those high hopes after plugging my MP3 player into the French villa’s hi-fi to hear Elly Ameling’s Exsultate Jubilate.  Take the first bit:

Pretty good, eh? As to the tune let’s say Mozart rises to the occasion. You want proof? CLICK here for another version by Elly, not quite as good as mine.
Already I’m cheating. Printing out words, linking the tune - any fule can do that.  How about LdP as John the Baptist?  That ineffectual voice in the wilderness.
Exsultate Jubilate should be easy-peasy. Bouncy rhythms, an exhortation we can all respond to, a short passage of unleashed, extrovert music many great sopranos have latched on to. Virtuosic but not so it hurts your ears. As is the case these days I was close to tears.
Then the retribution. How might I successfully preach this lovely work to someone who didn’t know it? Using only words. Failure was implicit, then as now. Music is at its best when shared and the piece itself told me I lacked the ability. Next stop the Requiem.

Just back from a villa holiday at Aniane, half an hour west of Montpellier.  That’s in France. Often the temperature reached 38.5 deg C and, since the telly received UK programmes, we congratulated ourselves on a fortnight away from our desolate homeland.

When we weren’t engaging in Schadenfreude we behaved like Jane Austen characters. Mrs LdP painted: 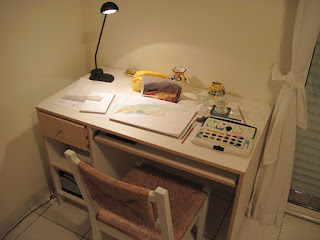 LdP himself wrote a 4000-word short story with a horticultural theme:

We linked up our MP3 player to the hi-fi and listened to Elly Ameling singing Exsultate Jubilate among other things: 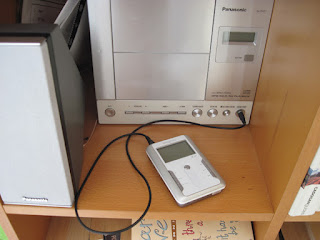 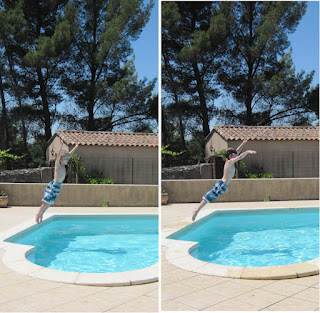 The villa cost an arm and leg but was fitted with every luxury (eg, two fridges and a separate freezer). Thus we never drank tepid rosé: 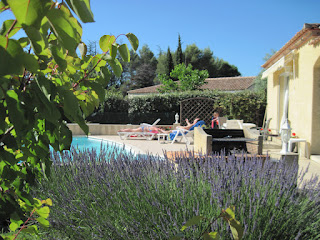 Occasionally we got into the car (which felt like the corrugated iron shed in which they incarcerated Alec Guinness in The Bridge on the River Kwai) and took shortish drives that sought to be improving. This village, alas, lacked a suitable restaurant and so we didn’t stay: 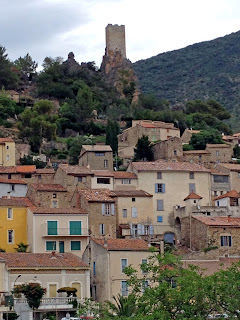 Bouzigues, on the Mediterranean coast, was more promising which was just as well since Zach claimed to have lost the will to live (or walk) as a result of extreme hunger: 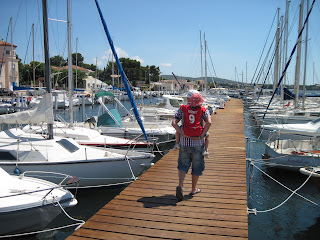 LdP kicked off lunch with six oysters eaten looking out over the oyster beds where they’d lately resided: 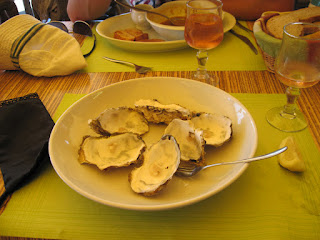 Then ordered a daurade (sea bream) which was so fresh it could reasonably be described as presque vivant. Granted this encomium the restaurateur merely shrugged his shoulders. 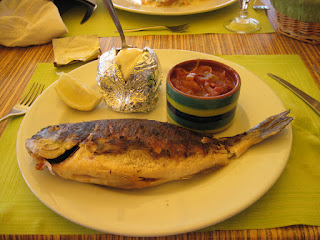 We did nothing that could possibly be described as worthwhile or that bettered our lot. In retrospect the days probably passed in continuous hedonism except that nobody had the energy to use such words. We returned yesterday feeling pleasingly guilty about what we’d done.
at June 25, 2012 8 comments: Links to this post

Email ThisBlogThis!Share to TwitterShare to FacebookShare to Pinterest
Labels: MP3 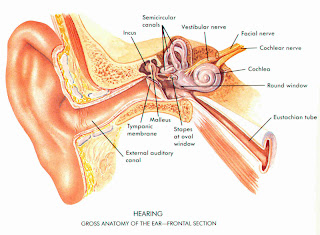 Tone Deaf will now be Tone Mute for a fortnight. But here’s a salutary story.

Nick Coleman woke up one morning with all hearing lost in one ear. For a time he was totally deaf, deprived of a sense of balance, ill and traumatised beyond belief. Over many months he taught himself to hear again, but in an imperfect way. Losing stereophony meant that all sounds were “flat” and hard to identify. What hearing he had was shockingly sensitive. Tinnitus bedevils him. Also people tend to be irritated by those with hearing impairment, rather than sympathetic.

But there was more. Coleman’s great passion is music, all kinds. He was in fact a music writer.

He describes his experiences in A Train In The Night, well reviewed in The Guardian. He also spoke movingly and factually at the Hay Festival and members of the audience revealed that they too had suffered similarly. It is a more common ailment than most would imagine.

He was good on metaphor. With perfect hearing music resembles architecture: one may “enter” the structure. With his reduced hearing the experience is reduced to an architectural drawing: a two-dimensional form of information which identifies but does not integrate the parts. As a result his interest in what TD calls posh music stops short of the nineteenth century; thick-textured orchestral pieces become a blur and Beethoven’s Ninth is lost. Bach’s separated “lines” are all he can take.

Once Coleman loved the visceral, body-vibrating experience of live reggae. Now the volume would cause him to faint. But he talks warmly of John Coltrane’s tenor sax delicately picking out Equinox and the resumption of his love affair with Marvin Gaye.

Deafness, we all say, is preferable to blindness. Coleman made me question this.
at June 07, 2012 3 comments: Links to this post

Email ThisBlogThis!Share to TwitterShare to FacebookShare to Pinterest
Labels: deprivation

LdP: Time off from tonic sol-fa

Apologies for not being able to give Tone Deaf and its rewarding commenters my attention over these last few days . Had to squeeze in sonnets at the time I did so that LdPs and guests could get to Hay Festival.

Seen and heard (day one): review of world publishing, mathematical history to the Higgs boson (the God particle), a psycho-summary of life on earth according the System 1 basis of mental processes (the instinctive) and System 2 (the reflective and calculating), and the adorable and supremely confident Dr Susan Greenfield, neurosurgeon and wearer of incredibly tight trousers (Boy, has she earned the right!) on What Makes You You. Weather: grey and raining.

Day three. Lord Martin Rees (astronomer royal), what's probable and what's luck, what it means to music enthusiast to lose all hearing in one ear. approaching philosophy via wonder.
at June 03, 2012 3 comments: Links to this post

Email ThisBlogThis!Share to TwitterShare to FacebookShare to Pinterest
Labels: The non-musical world

Now I remember whence the impulse for a shrunken sonnet competition came. Before taking Holy Orders and emerging as LdP I was ragamuffin Barrett Bonden, blogging about technology. I noticed other bloggers (Lucy, Plutarch, Marja-Leena) were as justifiably proud of their photos as of the stuff they wrote. I invited each to provide details of their camera.

Et voila! I cobbled their answers to create a post which I hadn’t needed to write. A vista of easy-come, easy-go posts opened up as I envisaged a blog written by others, for which I would take credit.

This easeful project failed. Whereas each was prepared to go on (to excess) about their beloved Leica none cared to extend coverage to BSW screws, washing machines, car gearboxes and valve characteristic curves that typified the BB canon.

In musical terms the sonnet comp is a valedictory coda to that blissful expectation. Here’s my bit of dehydration. The rules allowed a title which didn’t count towards the total.

LdP. Blonde angels (probably in fur coats) bid
tearful goodbye to the man who understood
their needs and enhanced their glory. 71 words

In metamorphosed words, liquidity
Bore Richard’s coffin to eternity.
at June 01, 2012 6 comments: Links to this post