Age invades;
Slowing the link between
The mind and tongue,
Blurring the sense of what’s abroad,
Worse still, of what’s to come

Age corrupts;
Poisoning the so-called will to live,
Rotting the sight, the strength, the grip
On what we hold most dear,
That gilds, within, our possibilities

Age foresees;
Death’s onset and oblivion,
The closing of that well set trap,
The end that is our nothingness
Forgotten by the others who survive.

By Roderick Robinson at August 29, 2022 9 comments:
Email ThisBlogThis!Share to TwitterShare to FacebookShare to Pinterest

As a sport it stinks

First prize at Hereford Rotary Club’s Duck Race on Sunday was £1000. Professional Bleeder and I went down to the Hungerford Bridge across the Wye to watch the action.

I say “action” advisedly. Ducks, when racing, make snails look like Formula 1. Of course these weren’t real ducks. They were plastic and not entirely convincing. True they had heads, necks and bodies but they lay in the water on their sides, seemingly dead to the world.

Also they appeared to represent Britain’s class system. A smallish group, coloured dark green, went into the water first. Later some 5000 yellow ducks were added. We learned the greens were sponsored by businesses at £50 a pop, the yellows (£2 each) were the common herd – you and me. If anything, the yellows were deader than the greens.

Races require movement and it seemed this race would fail at the outset. Nothing was happening. Fortunately the gentlest of zephyrs stirred the competitors into some sort of competition – average speed 0.002 mph. A judge-cum-duck-handler waited patiently at the floating finishing line.

After an interminable wait a green duck crept to within two metres of the line. But then the uniqueness of the duck race became apparent. Another gentle zephyr but from another direction! And the ducks all went into reverse.

Could this race last for ever? Meanwhile several greens were tangling themselves among weeds draped from the river bank.

Finally, a green duck touched the line and the judge raised his hand. The wind blew stronger and a phalanx of mixed colours reached the line simultaneously causing the judge to unship a fishing net and gather them up communally.

PB had planned a corned-beef hash. At the corner shop we were horrified to find corned beef costs £4.50 a tin. The hell with ducks.

By Roderick Robinson at August 29, 2022 4 comments:
Email ThisBlogThis!Share to TwitterShare to FacebookShare to Pinterest

Although presently impeccably respectable she has led a rackety working life. Cleaner at a recording studio then a police station, over a decade as a phlebotomist at the local hospital (hence her self-chosen blogonym – here on Tone Deaf – as Professional Bleeder), teacher’s assistant, then science teacher, now culinary technology specialist at a secondary school.

It isn’t then too surprising that, for reasons I won’t go into, her hair is artificially coloured light purple. And this has led her into the sparsely populated Land of the Unsolicited Testimonial.

It started locally among groups of teenage girls with whom, PB admits, she has little in common. “Love your hair,” they giggled. Often in droves. Same thing from a ticket collector at Kings Cross station in London.

Now it has spread to France, even that hive of sophistication, Paris, where PB broke her journey to our holiday villa. There she wandered, killing time. A young English couple took time off to pay the now familiar compliment. A young man of unknown origin struggled to do the same. At a “swanky” restaurant a waiter provided special attention.

On the return journey she opted for a very late lunch at the same restaurant and was told “It’s always time for lunch in France.” Then she was spotted by the waiter of a fortnight ago.

“You remembered me,” she replied.

“You have purple hair,” he said.

On departure he kissed her on both cheeks, a French “first” for her.

To me, she admits, her French is improving.

PS. I forgot. An ultra-chic Parisian woman said "quite a lot" (in French) about the hair. PB got muddled, saying she didn't speak French. "Yes you do," said the Parisienne

By Roderick Robinson at August 21, 2022 6 comments:
Email ThisBlogThis!Share to TwitterShare to FacebookShare to Pinterest

The forthcoming “pleasure” I worried about three weeks ago (Knowing vs. guessing, July 18) was a very expensive, two-week villa rental for eight at Marseillan, a French port on the Mediterranean coast. So many natural disasters (Covid, forest fires, trade union strikes, my illness, political arguments, etc) suggested it wouldn’t happen.

In the end it did happen although the start was hardly propitious. We set out from the other side of England much earlier than usual, as some sort of guarantee, and this led to a frustrating and lengthy delay of several hours  in the Eurotunnel car park waiting for our 35-minute under-the-sea train ride from Folkestone to Calais.

Throughout the fortnight the temperature was continuously in the thirties (Celsius) and although we ate out some half a dozen times, our main activities were limited to the pool. Daniel, granddaughter Ysabelle’s partner, forced the others (VR and I were reckoned too old) to play aquatic volley ball and it was interesting to watch skills develop as time passed by. One thing I’d never noticed when making the reservation was that the villa – an impressive manor-house building – was air-conditioned and this may have saved our two oldsters’ lives.

My French was rusty and it took time to get it up to speed. Tone Deaf was always intended to be a “written” blog but, as a change, here are some captioned photographs.

NOTE: If I seemed coy earlier about this "pleasure" in the previous post it was to deflect the attentions of burglars while we were away.


By Roderick Robinson at August 11, 2022 7 comments:
Email ThisBlogThis!Share to TwitterShare to FacebookShare to Pinterest 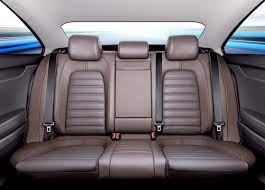 Not all nightmares are terrifying. As Eliot said, “I will show you fear in a handful of dust.” The following dream left me woebegone.

I walked somewhere in the southern suburbs of London, intent on getting home (to the west) at a specified time but not for a specified reason. Pressed by a vague urgency.

On reaching an inner suburb I found I’d diverged from the known route. Nothing was familiar.

A large chauffeur-driven car stopped beside me. The chauffeur had silver curled hair resembling that of David Gower, the England cricketer. He opened the rear door to reveal a well-suited man in his forties who asked if I wanted a lift. Without mentioning my destination I said yes.

Immediately we launched into a high-level conversation about current politics. During which my host was even-handed, well informed and dispassionate. Everything seemed entirely normal and I forgot the urgency of my walk.

Time passed. We abandoned the car and walked together, the chauffeur loitering to the rear. Then we switched to the mysteries of bitcoin.

More time passed. Inexplicably I parted from my host though I was still aware of his distant presence and felt guilty about this act of desertion. Convinced he would be setting official wheels in motion to find me. For the friendliest of reasons.

My surroundings were no longer suburban; the pavements crowded with hurrying office workers. Remarkably I met a friend I worked with years ago, He listened attentively but his mind was elsewhere; we drifted apart like two separate clouds.

Suddenly I remembered my need to get home, Knowing I was, by now, very late. I reached for my mobile to explain things to my wife.

My doing so is an anachronism. These events are occurring a quarter of a century ago when mobiles were rare. Yet I accepted the time slippage without question. I do not make the call because I cannot justify my lateness.

Nighttime bears in on me and this new world is lost.

Dust scattered on a trail of non-sequiturs. But somehow menacing.