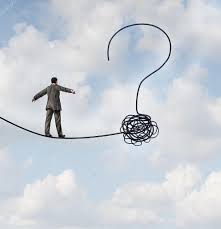 I’m on tenterhooks. Pleasure lies only days ahead yet in these uncertain times (Heat. Covid. Politics. Warfare.) I can’t be sure it will be achieved. Such worries spoil my anticipation of pleasure which – when you think about it – is the best part. Few delights live up to their expectation if we are honest.

A rare exception for me – recently mentioned – was San Francisco. I paid a visit - half business, half holiday – in 1970 and it really did live up to its pre-publicity. Manoeuvring a Dodge Charger among the redwoods, free tastings at the wineries, abalone at Fisherman’s Wharf, the exhilaration of crossing the Golden Gate bridge. VR’s flight ticket paid for by my employer. A hotel on El Camino Real. Yeah.

But pause for a moment. Can thinking about the future actually outweigh the nature of the event itself? Can thought be more fun than reality? One thing’s for sure; anticipation often differs widely from what actually ensues. Especially if large sums of money are spent. Our potential for being disappointed is just as great as that for being enchanted. Sometimes we expect or, at least, hope for something that doesn’t exist. A meal that’s true magic. Music that reaches into our soul. A view out of this world - literally.

The first kiss I’d yearned for since short pants communicated only inertia. A best-seller read by millions was badly written. An admired politician bollixed his ultimate promotion.

But suppose joy was unexpected, arriving in a flash. Might there be the faintest tint of regret we were unable to enjoy it in advance? Stretching out the experience, in effect?

What we do know is we often have a talent for perversity. Ingratitude without  justification. Selfishness. Greed.

Not you? How about being a poor hand at introspection?

By Roderick Robinson at July 18, 2022 8 comments:
Email ThisBlogThis!Share to TwitterShare to FacebookShare to Pinterest

Golden (no, Cardboard) Era draws to a close

Why no celebrations? No bunting atop Maison Robinson? No popping of celebratory champagne corks? No triumphalist songs?

Boris Johnson, our mendacious prime minister, has been publicly rumbled. He sort of resigned outside Number Ten. Not from his prime-ministership, you understand – just the leadership of the Conservative Party. But the rest is mere formality, just a matter of time.

What about that Baker’s Dozen of familiar – and loathsome – faces now jostling to sit where BJ sits. Things are going to change… aren’t they? Those baying voices, all – bar one- promising massive tax cuts. Conveniently forgetting that the £400bn cost of the pandemic will somehow have to be paid back. That the fraudulent Brexit agreement depends on an irreconcilable contradiction. That being tough with the UK’s major export market is causing that market to be equally tough in return. That the UK’s pathetic reliance on the “special relationship” with the USA appears to have vapourised.

Of course I’m glad to see the end of the buffoon, but the eight weeks before he actually starts making millions on the lecture circuit are going to seem like purgatory. Thereafter someone who supported him during three years of lying will start restoring order. Or try to. Tax cuts can either be financed by government borrowing or cutting public services. Hey, why not close down the NHS? A big saving there. But please make sure another pandemic isn’t just round the corner.

Cost of living crisis! The poor having to choose between eating and heating! But it’s not just the UK’s economy that’s in pieces. We seem to have disintegrated morally. I’m ashamed to admit my national origins.

We used to sneer at governments (typically South American) as Banana Republics. So what are we? A Fish And Chip Republic? With vinegar in short supply.

By Roderick Robinson at July 12, 2022 6 comments:
Email ThisBlogThis!Share to TwitterShare to FacebookShare to Pinterest

Carl is from South Africa. He is imbued with the work ethic. We’ve given him a free hand with our garden.

He doesn’t just do the work we ask of him, he points out tasks which were previously invisible to us but nevertheless necessary. And goes ahead and does them. He’s been toiling for three weeks now, mostly full days, and our garden is slowly becoming a garden and ceasing to be a collection of misplaced greenery.

Take the patio. Instead of bending the horticulture round an arbitrary arrangement of slabs he’s used an angle-grinder (which I willingly bought for him) to cut and shape the patio’s outer edge into a set of congenial curves. Noting that the adjacent chiminea (incinerator) was gently rusting away into oblivion, he’s given it a new shiny coat of black paint. And set the table and chairs at a pleasingly artistic angle.

The beds on the left and right of the back garden – previously simulacra of the Amazon rain forest – have been reduced into separate and identifiable clumps of flowers. The lower branches of the bushes and the upper branches of the bay tree trimmed.

The metal fencing of the front garden has been sanded down and repainted black The newly refurbished garden bench now supports small bowls of succulents and alpines. New terracotta pots have been acquired and planted with tallish flora to give the brick surface “vertical structure”.

There are plans to create a three-step-staircase (with handrail) down to the patio and a low fence at the upper level which may increase the patio’s coefficient of cosiness.

Much, much later an underground swimming pool beneath the patio. But there I jest.

All done with another’s labour which I watch but do not share. Oh, the indolent luxury.