Various US politicians, keen to appeal to tough-guy voters, have boasted about not wearing masks. Some have gone further and caught The Plague. I await with interest the first politico – hoping for sculptures to be raised in the state capital – to go further still and die in front of the TV cameras, a ventilator stuffed down his guzzard.*

France is not without its macho men. When the Eiffel Tower was first opened to the public citizens worried about a potential spate of aviational suicides. Cleverer administrators suggested a notice saying “Jump here”, knowing that such show-offs hated doing the obvious.

Trouble was I’d self-isolated back home and had no real comparisons. Even so I was pleasantly surprised, Masks were obligatory in the Intermarché. Not only did virtually everyone toe the line but they kept their masks on while loading their cars. And especially in the butcher’s shop (Ah, that terrific chunk of entrecote – I taste its juices still.) where the need for masks seemed visibly obvious.

We ate out several times: the restaurant tables were socially distanced and waitresses and waiters, resentfully perhaps, hid their sex-appeal behind scraps of pale blue. But you can’t keep an individualistic race down all the time. Halfway through one meal a long-haired beauty (I infer her loveliness since I only saw her back) lit up. How strange.

I go to France to inflict my imperfect, non-idiomatic French on the natives. Masks hinder this. No visits to the doctor or dentist this time. I made do with the pharmacy where I stumbled over turning the noun haemorrhoid into an adjective. Yes the pharmacienne knew the Anglo brand but handed over a French brand anyway.

When the temperature is in the thirties, the brief chill from squirted hand disinfectant is most welcome.

Email ThisBlogThis!Share to TwitterShare to FacebookShare to Pinterest
Labels: deprivation, French, fun, health and lack of it 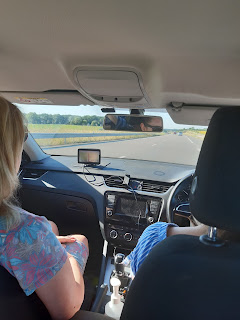 Look again and the car seats are occupied by two women. It’s my blog so where am I? In the back, reflecting that it’s now happening. The country I’ve come to loathe, temporarily I hope, is a Channel Tunnel crossing behind and I’m free from its incompetence and gerrymandering for a while.

The French villa where we’ve stayed before was booked almost a year ago. Ann, the generous and sympathetic proprietor, is willing to waive her rights to the four-figure deposit. But I’m not the only one with a strong urge to escape. As octogenarians VR and I are the most vulnerable to The Plague and it’s up to us to make the decision; VR was in no doubt from the start.

There’ve been major convulsions and we four in the car are the lucky ones, unaffected by travel uncertainties. Flights for the other four were cancelled and son-in-law Darren has worked prodigies, stitching together a sequence of train and TGV hops, broken by an Uber taxi ride across Paris linking the Gare du Nord with the Gare de Lyon. Large extra sums of money have been needed and VR and I have provided them. An initial online order of food and drink from a French supermarket has been contrived by computer whiz, Daniel, granddaughter Ysabelle’s partner. It will cost over £800.

In the sense that there are laws, we are not breaking them.

So why am I not driving? I’ve done it many times before. Because I have complete faith in daughter Occasional Speeder and Ysabelle. I loll and construct imaginary conversations with French citizens.

Until I left school for good and joined them, adults bored me. They talked about politics, food rationing and events which happened pre-war, none of which impinged on my often imaginary world.

Mr Little, the local cobbler, was different. Spry, eternally in motion, he welcomed me to his solitary and esoteric workshop, listened to what I had to say, commented, then added his own thoughts, just as if we were the same age. It all happened more than seventy years ago but I seem to remember discussing the attractions of the countryside and of biking.

As he talked he worked, trimming the overlap of a newly attached shoe sole, the hook knife slicing through thick leather as if it were uncooked pie crust. In the corner stood his roller press, lower roller concave, upper roller convex; it impressed a shallow dent on to a shoe sole for reasons I have never investigated.

Mountains of discarded leather offcuts rose from every work surface. On a shelf, covered in thick dust, was a pair of brogues, brought in for repair and never redeemed. The pungent smell of leather has lasted me a lifetime.

It was Mr Little’s own peculiar universe, a rarity for other unrelated reasons. How few adults have the ability to address young people as equals; most patronise, wag an admonitory finger, jollify falsely. I am guilty of all these defects. Yet Mr Little (I’m ashamed to admit I can’t be sure of his surname) responded enthusiastically, revealing he had shared my experience, demonstrating an unspoken bond.

Those few conversations, which ended when I was 12 and moved from the area, must have affected me beneficially, though I can’t say how. But I feel the warmth even now. See his face lighting up. So here’s his tribute.

See also the explanatory re-comment regarding our recent whereabouts.
at July 09, 2020 13 comments:

Email ThisBlogThis!Share to TwitterShare to FacebookShare to Pinterest
Labels: thinking

Google who gave us all Blogspot has threatened to replace it with New Blogger, though not immediately. Reactions have been predictable: rage extending to giving up blogging altogether.

My previous post, Un Mauvais Quart d'Heure, referred to this but left readers confused. For just over a day, due to unrelated reasons, my blog disappeared. Eventually I restored TD but during that period I had time to reflect on doing without it. I didn't like the prospect.

Is New Blogger as perverse and cruel as everyone appears to believe? The answer is yes but only if you ignore the very simple procedure for starting from zero. Instead, I leaped onto the - let's say - fifth floor, and made a right cock-up. Imagining I could somehow bend Blogspot into new Blogger. Can't be done.

Swallowing my pride I discarded the rubbish and followed the manual. To keep myself interested I embarked on posting a short story to convince myself the techno-stuff was worth the efffort. I've been busy recently for other reasons which will be revealed, but I think you'll agree that embryonic, click Tone Deaf Renewed, looks more or less like its ancestor Tone Deaf.

Why? I refuse to be caught short when Google loses interest in maintaining the deliciously euphemistic Legacy Interface (ie, Blogspot as we know it). More details later.
at July 05, 2020 7 comments: 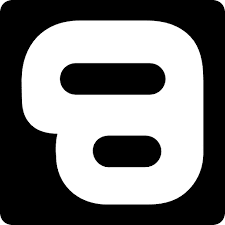 *Bad quarter of an hour. Otherwise, a brief but unpleasant experience

Blogger, from the top of a high place, proclaims:

Ah, lovely business-speak. "Legacy interface" evokes a hidden image: "A comforter (in the UK we'd say: dummy) for those who have become toothless and forgetful." Oldsters, in fact.

For half a day I thought the guillotine had already dropped. I'd been fiddling to make my Fire 7 tablet compatible with my mini-cyberworld and suddenly found myself locked out of Tone Deaf. Seeing it only as readers see it; with no access to the levers that allow me to change it. I googled help and the answers referred to an unfamiliar entity which I now assume to be New Blogger.

I tried and I sweated. Tone Deaf (via its predecessor, Works Well) started in 2008 and consists of about 2000 posts documenting some 14.2% of my sentient life. Must I leave all that behind? Nothing worked. The only option was the recurrent command: Create blog. But I had a blog. Or did. A poor thing but mine own.

Wearily, sadness mixed with rage, I laboured to create “Tone Deaf renewed”. All those new twists and turns to be learned. Much of my history to be unlearned. The broken-backed and very incomplete result looked amateurish in extreme. I believe one of the justifications is New Blogger may help me earn money; I don’t need money, only a literary pool to splash in.

At 3 am yesterday an idea about passwords flitted through my mind. But I didn't want to disturb VR. At 6.30 am I applied it, simplicity itself. Tone Deaf, with its lonely oldsters looking out to sea, was restored.

Email ThisBlogThis!Share to TwitterShare to FacebookShare to Pinterest
Labels: health and lack of it
Newer Posts Older Posts Home
Subscribe to: Posts (Atom)