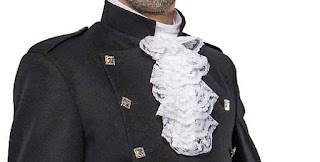 Aged eleven I told my father what job I had in mind. Confirmed it four years later and thus joined the local newspaper, aged fifteen and fifty-one weeks. Most agree journalism was all I was fit for but occasionally a maggot nibbles. Suppose my father had lacked influence, that I’d had to paddle my own canoe.

Anything requiring advanced education (doctor, lawyer, academic, scientist, engineer, etc) must be ruled out since I lack the ability to study. Forget too the flamboyant jobs (politician, musician, stand-up comedian, baseball short-stop) given I have neither manual skills nor a viable personality. Nor the nerve for crime, organised or disorganised.

Un-talented men like me often sell things, notably advertising space on magazines I’ve written for. The requisites are mendacity, which I might manage, and constant self-delusion, which would worry me.

The armed services don’t take kindly to those who argue.

Being a priest is fine provided the intercourse never rises above theoretical debate. But I suspect my sermons would be coarse-grained, I could hardly advocate the adoption of an unproven faith, and the super-natural does not appeal.  I have, however, tended to favour all-black ensembles in recent months.

Catering? For two years I cooked for VR who still liveth. But my repertoire is limited to fifteen dishes; enough for me but probably not for paying customers.

I interview well which is not to say I always get the job. To me this skill has always represented a cul de sac.

My late pal Joe and I once met a mendicant poet. A tenuous existence and eventually one starves. A noble end?

Email ThisBlogThis!Share to TwitterShare to FacebookShare to Pinterest
Labels: Self