Wanting to be two 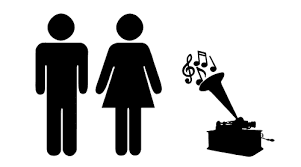 Once I’d started taking singing lessons (January 2016) I had this urge to co-operate in duets, especially with a soprano. Why? Perhaps because a second voice might make the role of solo baritone less exposed, less lonely.

V tried me out with We’ll Gather Lilacs from Ivor Novello’s operetta Perchance to Dream. To say the least, operetta, ie, light opera (ugh!), has never been my thing but that wasn’t the problem. V’s powerful voice – even turned down to pianissimo  – pulled my fledgling voice off my singing line. So duets were shelved for a while.

A new dawn broke a year later when V tried the Pappageno/Pamina duet, Bei Männern from Mozart’s The Magic Flute. I did progress but it wasn’t a true test. As a listener I’d known this musical dialogue for ages through regularly hearing the opera. As a result I was less prone to being influenced by the second voice.

More recently still V offered me Purcell’s My Dearest, My Fairest. I really liked this poignant work and worked hard at getting it right. I definitely progressed but – again without explanation – V dropped it. I never question V’s decisions; she has, after all, created my singing voice. But I secretly yearned.

Three weeks ago, humbly, I begged her to resurrect My Dearest. She agreed. And that we should persist for as long it took. Again she agreed. And now I knew why she broke off the first sessions. Then I needed more tuition in musical technicalities, especially subtleties of pitch. Now I’m better equipped. It’s hard, bloody hard but there are moments when our voices fuse. And it’s bloody wonderful

Click HERE to find out what I’m aiming for.

By Roderick Robinson at June 28, 2022
Email ThisBlogThis!Share to TwitterShare to FacebookShare to Pinterest