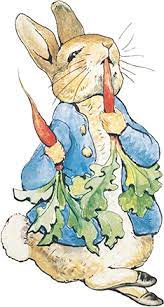 When we, as parents, bring up kids we guide them according to our own interests and values. There are really no alternatives. But if we’re wise we drop this when they are still comparatively young. The aim should never be to create mini-versions of ourselves.

Our daughters are in their fifties. PB, having taught science to Asian kids, abruptly started teaching them to cook; she also loves horses. OS pursues money launderers with some success and supports a mid-range soccer team. All alien eventualities. Both prefer pop music – so be it. Both read books which pleases us.

Both are articulate, meaning they have wide vocabularies and their sentences – oral and written – have requisite structures. This might have been predicted but I would never take any credit. However I did watch the roots of this skill develop.

The kids liked words. To the point of inventing their own. In dismantling a mechanism I allowed a washer (the nuts-and-bolts related item) to fall to the floor. PB/OS (I am deliberately not separating their identities) said, “Daddy, you’ve lost a MOORIEL.” Out of the blue! From what origin?

Two dozen plastic animals and buildings could be arranged to form a farm. And what was that? I asked pointing to one assembly. “An animal PLUCTUARY.” I was told.  Yes, I know kids come up with words, but this word sounded positively adult.

I’m a Beatrix Potter enthusiast and read her books aloud over and over. To stifle my eventual yawns I changed the name of Mr McGregor in Peter Rabbit to Mr McGilligaw. The response: “Daddy, you’re doing your special COMPANITIONS.” Definitely adult.

* The meat of the above appeared in a post years ago. But in a different context

By Roderick Robinson at October 29, 2022
Email ThisBlogThis!Share to TwitterShare to FacebookShare to Pinterest