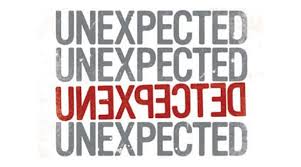 Old man – new approach. Less planned. Random, even. Making sense, but not excessively. Tangentially. Through the back door. Up through tectonic plates and lo! – tsunami!

(Fool’s gold, surely? Words drop in, group themselves and thus are shaped, planned. You want a verbal accident. Knowing accidents are not made; they only happen.)

So I’m a fool. Another penalty of old age. Wanting that which I may not have. Damnit, the sentences get longer as planning sticks in its snout. Down sir, down.

Begone, sir. You are predictable, a source of clichés. Three a penny. The leaden clump of the said-before. Give me the new new. The true new. The blue new. Aha! Can new be blue? Is it – might it be? – unexpected?

(And so self-delusion creeps in. Signs of senility.)

The hell with you. If I’ve got senility I may put it to work. And bring about that verbal accident. Unplanned words round a grain of sense. Blue words. To turn  your fresh-faced nonentity blue. Even ultramarine. Hey, I didn’t see those four syllables coming.

(I’m proud of being blue. It’s a logical political colour.)

Alas for you. Blue on this side of the Atlantic lacks honour. On a face it signals lack of oxygen. You may snuff it before I do. And I may resurrect my old trumpet and play Land Of Hope and Glory over your coffin. Badly. Intentionally.

And that – at least – was unexpected.

By Roderick Robinson at January 16, 2022
Email ThisBlogThis!Share to TwitterShare to FacebookShare to Pinterest